Warning - This might be a boring part of economics in my opinion and it depends on how you see it. I personally love this part as it is the core in many respect.

This is continuing from my Part1 and Part 2 of my journey into economics.

Understanding capitalism is key to understand many countries policies and growth. If you are working for a pay to maximize the profits for the owners, you are a part of capitalist system.

“It is not from the benevolence of the butcher, the brewer, or the baker that we expect our dinner, but from their regard to their own interest.” - Adam Smith

Capitalism is an economic system where private actor ( you , me, any individual or an organization) own and control property in his/her own accord and set prices freely. All transactions are voluntary. Every transaction in this economic system happens to meet one’s own interest.

In Capitalism, labor is purchased and profit goes to the owner. Nearly most economies are some form of capitalism. In capitalism, you are not doing any social favors.

Free markets and private ownership will result in maximum prosperity and freedom for all.

Export more than you import—with the help of government subsidies and tariffs— and invest at home and your national economy will quickly prosper. - HA-JOON CHANG

You can also call this export oriented growth. For rapid growth of a country, government should intervene and protect its local industry. It should control the subsidies and tariff. Essentially a country should export more than it imports. You should sell more than you buy to make your economy stronger. Japan, Taiwan, many east Asian countries implemented this policy. More you sell by keeping foreigners out is known as Nationalist Economy.

To transition an economy , implement all the policies at once to make a quick turn around. It includes

It got the idea from University of Chicago and it was first implemented in Chile after the military coup in 1975. This term Shock Therapy came from book The Shock Doctrine by Naomi Klein.

Critics have argued that drastic changes bring about inequality and social suffering. They advocate to implement policies gradually than give a shock. 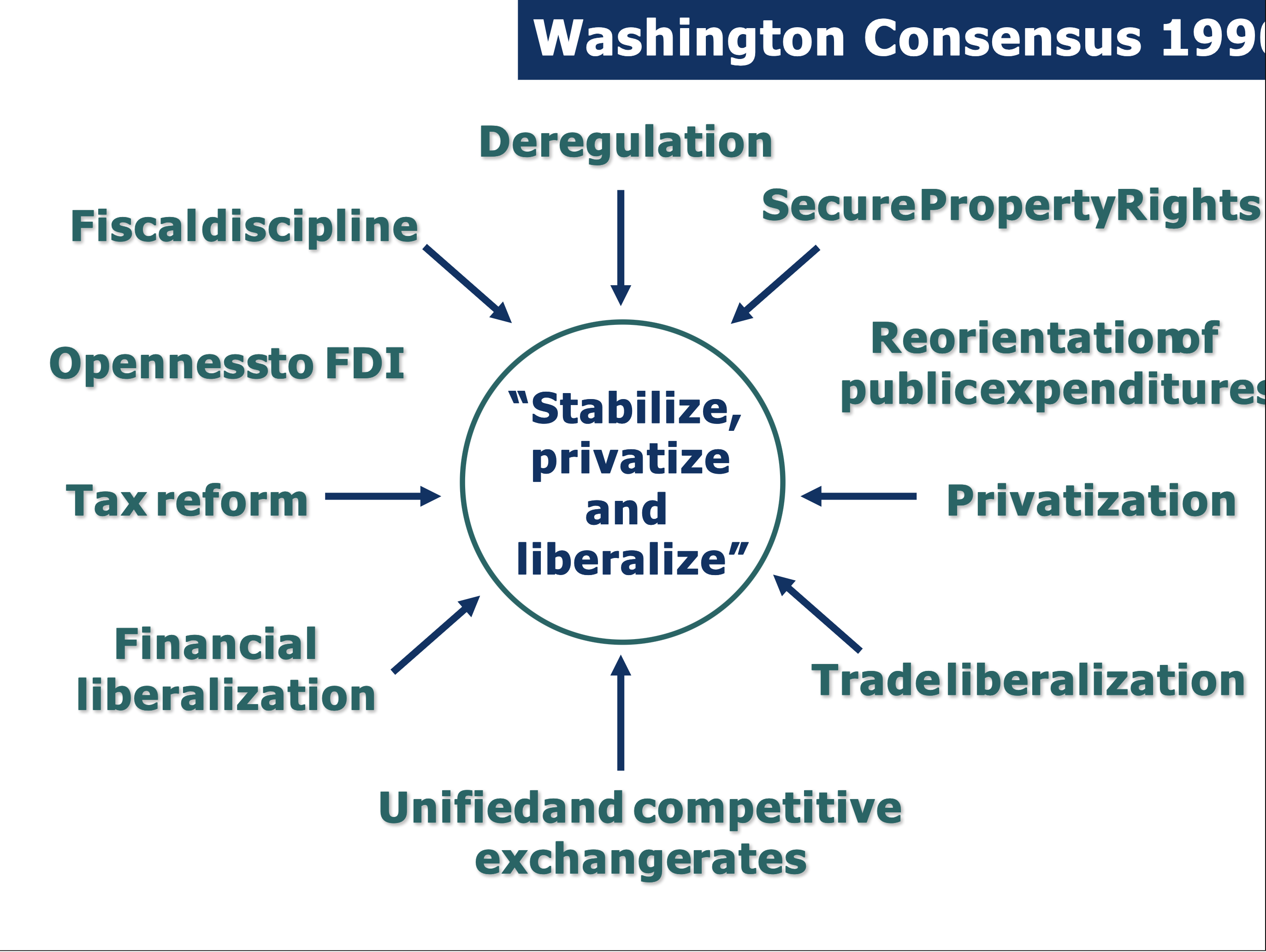 A set of economic policy recommendations for developing nations and specifically for Latin America. It was popular in 1980s. It is basically refering to agreement between International Monetary Fund (IMF), World Bank and U.S. Treasury. It had 4 primary focus,

By late 1990s, it became apparent that it was far from optimal. Focus changed from development to poverty elimation.

India and China famously did not follow this consensus due to highly regulated trade and complex industrial policies.

Infusion of money into the economy affects price levels and livng standards. It is controlled by monetary policy of the government. It is a macroeconomic thought.

In short term, individual’s decision and investments are affected by changes in money supply. Increasing the money supply, will encourage the people to spend more and thereby improving economy. But in long term, it affects the individual output and stabilizes price. 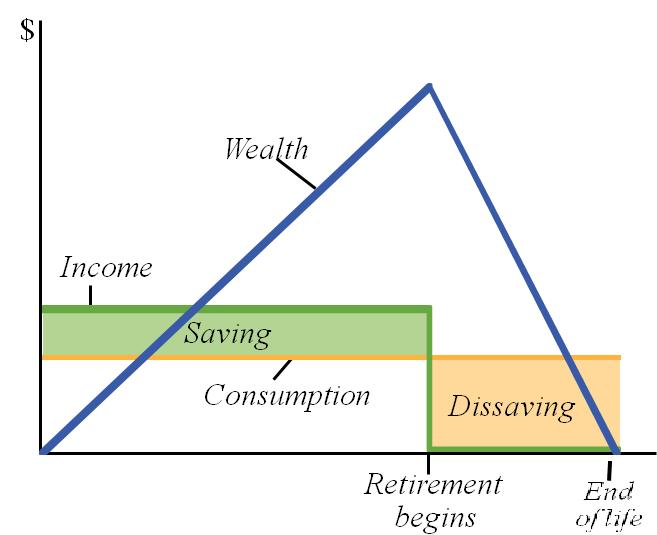 In his 1957 book A Theory of the Consumption Function Milton Friedman, introduced this hypothesis. People dont think of their present situation, instead base their spending over their lifetime income earning potential. They expect the current income to be constant and buy loans and other expenses. If their present situation improves, they save them instead of spending. Same applies to the country.

When government intervenes and sends money to improve the economic situation, people save them instead of spending them. So a country small growth in economy will not increase the demand to spend.

One key glossary to understand your income in long term is liquidity. Liquidity refers to the efficiency or ease with which an asset or security can be converted into ready cash without affecting its market price.

During prosperous times people borrow and spend less carefully. Lenders also lend freely. Because of this speculative bubble arises in an economy. So borrowes move from being a Hedge Borrowers (who can repay their loan) to Ponzi Borrowers who cannot repay. When Ponzi people increase, it leads to high debt. Now lenders tighten the control while lending, this gets an economy into recession.

In my last part of economics I want to write about opportunites and Choices.