An economist is an expert who will know tomorrow why the things he predicted yesterday didn’t happen today. - Laurence J. Peter

In Part 1, I laid out some key glossaries and here I want to write about some classical economic theories in a simple format. Obviously this is to offer a big picture to consume theory in less than a minute. Lets start from Adam Smith who is considered Father of Economics. He published his first work title “The Theory of Moral Sentiments” in 1759 and second work titled, “n Inquiry into the Nature and Causes of the Wealth of Nations” in 1776.

Smith argues Markets handle themselves better. It is an outlet for human behavior to “truck, bater & Trade”. He considers government’s stimulus policies only interfere with its natural equlibrium. He says markets handle economic shocks well enough by itself. In essence, he doesn’t want government to interfere. Many have argued how soon a market can adjust. How much an individual and society take the disequilibrium.

Leave the market to its own devices and it will naturally find a point of equilibrium that will bring stability and prosperity. - Adam Smith 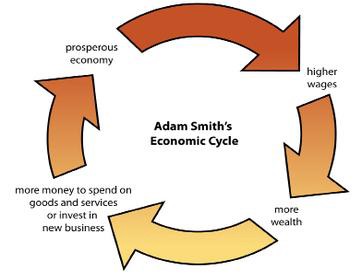 Karl Marx, considered father of scientific socialism. He primarily argued that labour is the main source of value generation. He presented how capitalism will fail by labor protesting and taking over when laborers are exploited for profit. Many saw Fall of Berlin wall and fall of soviet union as fall of socialism.

“In one word, for exploitation, veiled by religious and political illusions, [capitalism] has substituted naked, shameless, direct, brutal exploitation.” As part of Socialist system, In communist countries production and distribution is controlled by government. They decide what to produce and how to produce. There is a central body which meets every few years and does the planning. Wholly planned economies existed until 1970s in China and Eastern bloc countries. These economies are also called Command Economies

In Central Planning we had state take complete control. But what if we can combine Market and State owned together ? This was developed by Italian Economist - Enrico Barone. In this model, State controls the means to production and firms have more freedom on how they run it. Role of central planning is weak in here. State controls the investment. USSR under Mikhail Gorbachev tried this 1970s-80s.

In today’s world, China’s economy comes closer to this model but state doesnt control the price setting but government has the oversight. 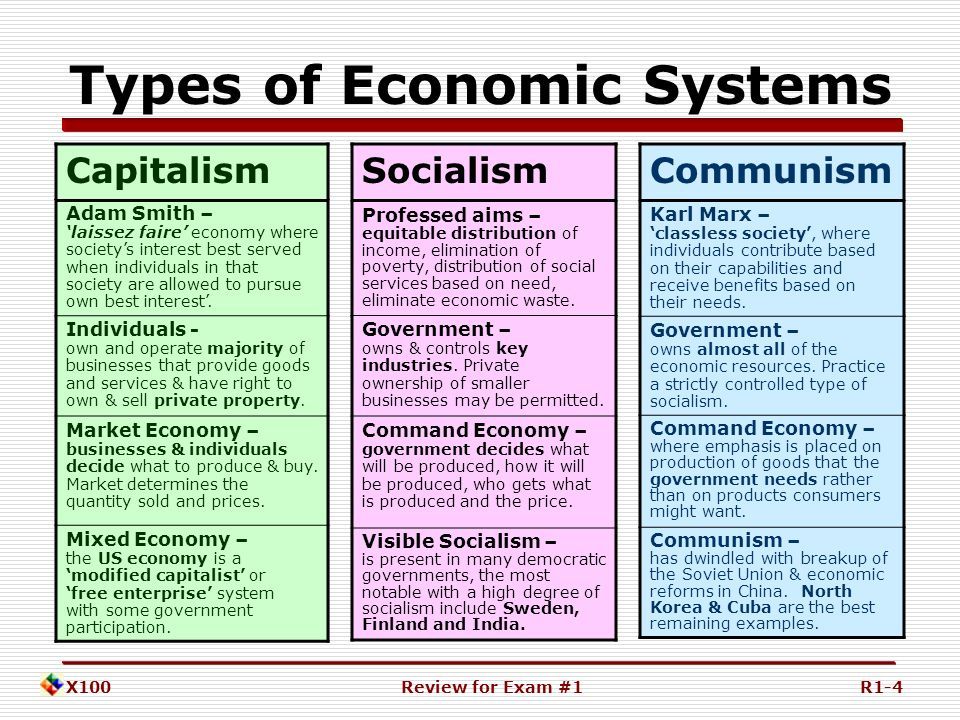 The difficulty lies, not in the new ideas, but in escaping from the old ones. - Keynes

In general, economic growth consists of ups and downs. When growth is high and accelerates, it goes up. When economies shrink, we will have unemployment rises. This ups and downs are called Business Cycle. In simple terms, Business cycle is how much people are prepared to spend. Adam Smith said this cycle should not result in grave unemployment and economy will acheive its equilibrium by itself. But how soon can this become stable ?

Looking back to Great Depression in 1929-30s Keynes argued Aggregate Demand, the total effective demand in the economy drives the Business cycle. During down period, aggregate demand drops leading to long instability and umemployment etc. This prompted him to suggest that government intervention is needed to sooth the economy faster. Government can manipulate the aggregate demand and therefore the volatality in the market. 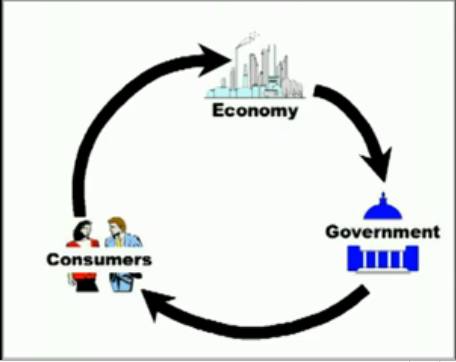 Problems with this theory.

An MIT professor and Nobelist, Paul Samuelson presented mathematical version of Keynes theory. It states, in short term market is unstable and will not stabilize itself. This is due to the reality distortion of impacts big corporations had on market so far. So, government should intervene and smooth the near term instability.

Key thinking here government intervention should be short term and in long term market acheive equilibrium by itself.

The mind cannot foresee its own advance - Von Hayek.

If you think Central Planning (explained above) is one extreme, Von Hayek and few other Austrians economic theory was in the other end of the spectrum. Hayek argued that a monopolistic governmental agency like a central bank can neither possess the relevant information which should govern supply of money, nor have the ability to use it correctly.

Central theme of his theory is Government or any other central agency don’t understand the market and only individuals know how they value a product. Ronald Reagan and Margaret Thatcher were proponents of this theory.

Above are 10,000 feet view of classical theories. They dominated the world till late 1980s. Some were successful and few a failures. Nevertheless, they were lessons we learnt and utilized and modern theories and government policies were enacted.

Personally, I learnt a quite a bit in terms how these theories gets translated into policies when adopted and affect every individual in the country and world. Economics is more like a butterfly effect where a thought of an economist affects an individual unknown.

In part 3 I want to write about MERCANTILISM, SHOCK THERAPY, MONETARISM etc.

Let me know what you think !!

All Amazon Book references are not earning me any money :-)