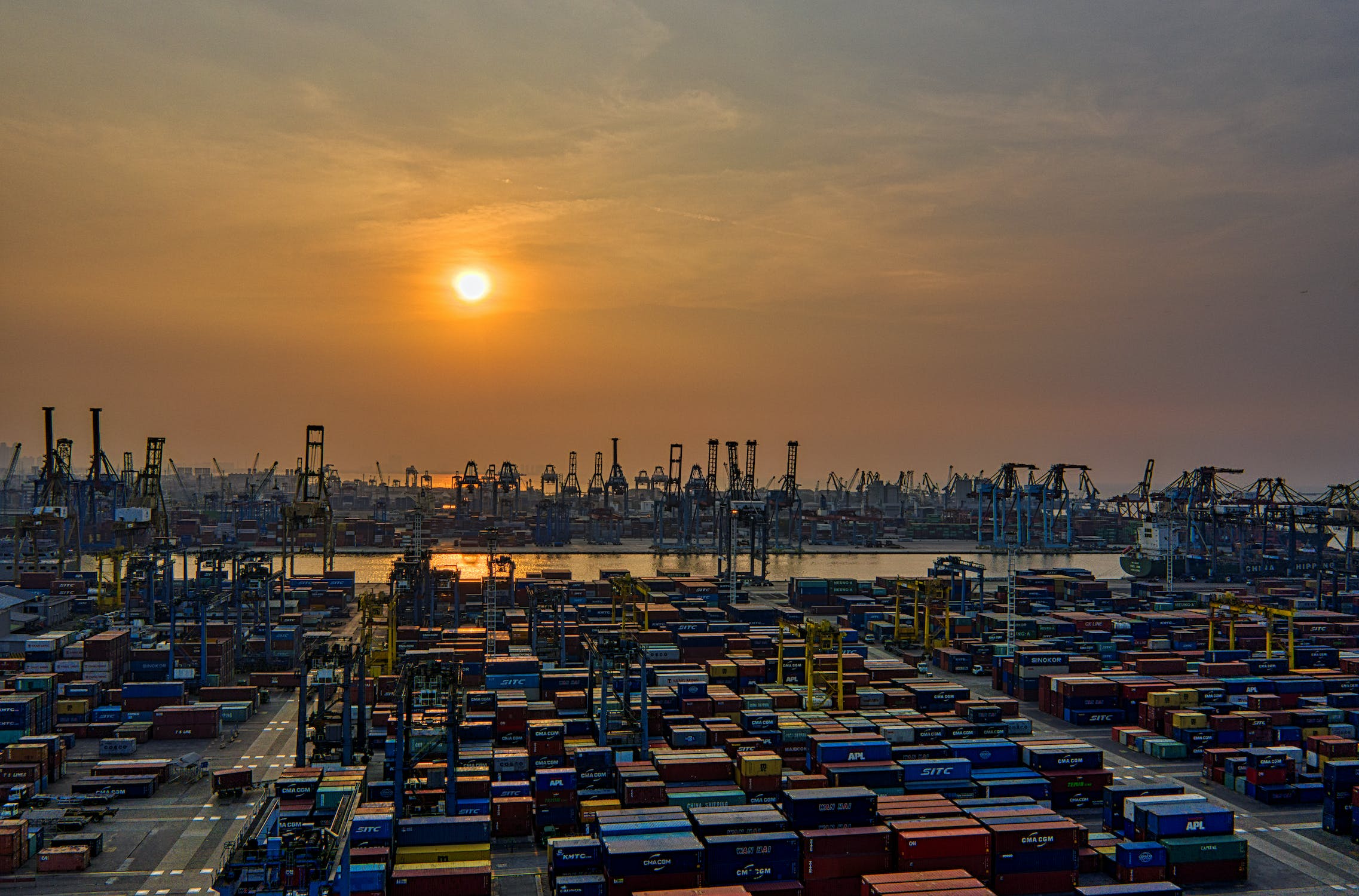 This is final part 5 of me documenting my journey into economics. In this I want to write about trade economics, generally called - Global Trade. Trade has grown so much in the past century, you can even define that it is an important development that has changed world. This integration of national economies has materialized into remarkable growth in trade between countries. World data from 2019 shows that trade openness (defined as country’s import-export as share of country’s GDP) has an average of 30% increased from 1950.

Before we dive into theories pertaining to trade, let’s see the key glossary.

Big Mac Index Idea introduced by Economist magazine , comparison tool to show price of what a big mac would cost in every country and establish an exchange rate to see if currency is overvalued or undervalued. For e.g

A Big Mac costs £3.69 in Britain and US$5.15 in the United States. The implied exchange rate is 0.72. The difference between this and the actual exchange rate, 0.83, suggests the British pound is 13.8% undervalued

Exchange Rate Value of one currency relative to another. Exchange rates are determined by market. It affects the movement of money between the countries. For e.g

Forex Market It is the foreign exchange market. A marketplace to allow banks, funds, individuals to buy, sell or exchange currencies. Unique aspect of this international market is there is no central market. Forex is essentially internet based Over the counter transactions. Mostly investment banks do the forex trading on behalf its clients. You profit from changes in the exchange rates. It is highly speculative and high risk in general.

Companies doing business in foreign countries are at risk due to fluctuations in currency values when they buy or sell goods and services outside their domestic market. Foreign exchange markets provide a way to hedge currency risk by fixing a rate at which the transaction will be completed. - source

Free Trade Unrestricted exchange of goods without government intervention. Government can still influence trade by imposing tariffs or subsidizing their own products.

Tariffs Tax imposed on the goods coming into the country. Idea is to inflate the price of imports to promote locally grown products. This is protecting local market and products. Usually you see a price of an imported good higher than the local one.

Opportunity Cost The potential benefits that an investor misses out while choosing one alternative over the another.

One of the critical and an important concept to understand trade economics and economics in general.

If countries produce what they’re best at—mangoes, fish, whatever it might be—we’ll all benefit.

Ability of a country to produce a given good or service in an efficient and economically competitive manner. If all countries specialize according to their strength and trade freely, everyone will be better off.

By the above example, it is clear celebrity has absolute advantage in cooking over his/her neighbor because celebrity is better and faster in terms of cooking the dinner than his neighbor. But Celebrity is losing out his/her $1 million that could be earned by being at the ad shoot. So clearly, celebrity’s neighbor has clear comparative advantage than the celebrity. So as a better option, celebrity could ask the neighbor to cook and pay him more and so celebrity can be at the ad shoot earning $1 million dollar. This way neighbor can earn more than $30 say $100 for cooking for a celebrity and celebrity also earns $1 million while having home cooked dinner. This is a better trade.

So in this case, both the celebrity and neighbor profited by doing what they specialize on.

David Ricardo developed this theory in 1817 to explain why countries engage in internation trade when one’s country worker are more efficient to produce every single goods they’re looking to import.

The whole idea of Comparative advantage stems from the idea called Opportunity cost. In the above example, the celebrity had 2 options.

Opportunity cost is defined as cost of doing a particular activity over the other. What is the relative value or benefit you give up by engaging in alternative activity. Optimal choice would be the one where you more value out of doing an activity. In the above choices, celebrity had, optimal choice was to go for shooting to earn $1 million and spend $20 for dinner outside.

This is a notable and an important concept to apply in one’s life and also in overall big picture economy. Rightly it is a concept presented in Macroeconomics world.

Cost can be explicit to identify, or it can be implied so much that are difficult to identify and record. For e.g. the printer that fails and so company cannot print billing for the customer. Here the explicit cost for the company is the amount paid to repair the printer. The implicit cost, is the productivity time and bad customer experience that could have been improved or saved, if printer worked.

Building on top of Ricardo’s Comparative Advantage, Eli Heckscher and Bertil Ohlin extended the classical trade theory to accommodate few more variables like, labor, land, capital. They proposed that countries should focus on what they have got and specialize on them to benefit from free trade. For e.g. Mexico has abundance of less-skilled labor, while United States has adundance of skilled labor and capital. SO both countries benefit if United States focused on software, pharma or aviation while Mexico focuses on labor-intensive production like assembly lines etc.

Yet criticism is the assumption government will not interfere. Yet government can and should to promote or passively support and create new comparative advantages rather than relying on historical ones all the time.

Economist Paul Krugman, proposed companies should focus on Economies of Scale(cost advantage companies gain from increasing their output). Big firms should focus on producing at much lower costs than new entrants in the industry. This theory promotes Monopoly in that particular industry or spill over to other industries as well. New Age Trade Economist argued, if government intervene by tariffs and subsidies, they can promote a company and create a competitive advantage.

For e.g. If you provide a poor student with all amenities and proper coaching, student will perform better or positioned to do well, governments should do the same.

“The advent of the euro may turn out to be the most important development in international monetary arrangements since the emergence of the dollar as the dominant currency shortly after the creation of the U.S. central bank, the Federal Reserve System, in 1913.” ROBERT MUNDELL

Theory states specific areas not bounded by national borders would benefit from common currency. This theory answers the question Should we have a common currency or not ? This was proposed by Robert Mundell, who received Nobel Prize for economics for this in year 1999. He is considered the father of Euro. Euro was created so that it maximizes the economic efficiency of entire geographical region.

Mundell proposed 4 criteria to know if we can use a common currency. 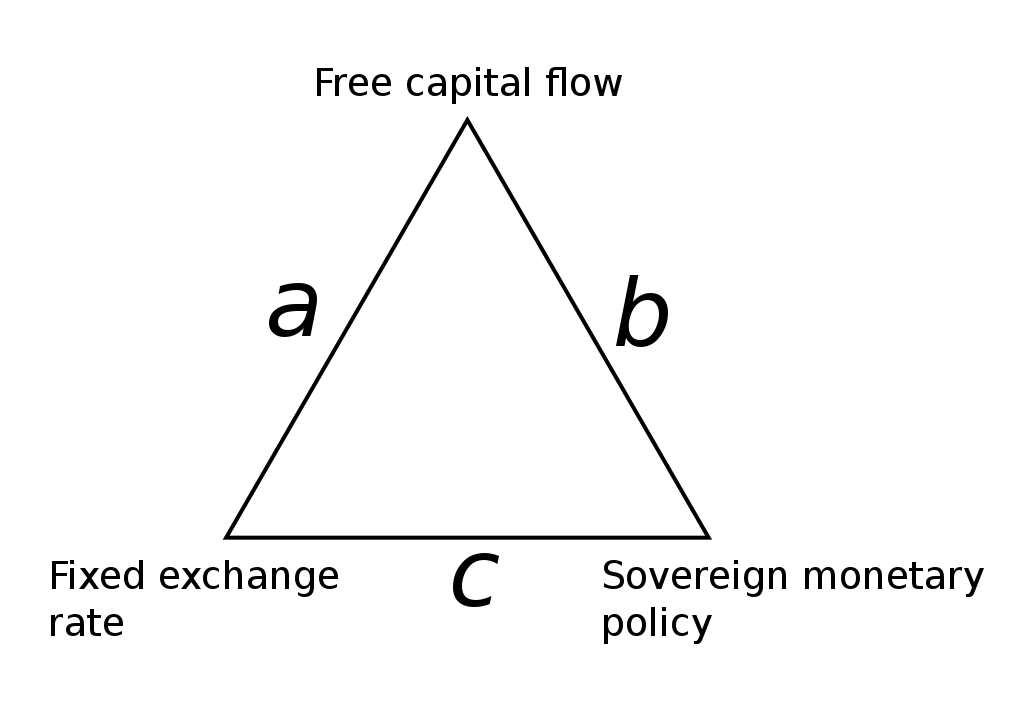 Along with Marcus Fleming, Mundell co-authored and proposed that when it comes to exchange rates, central bank can only pursue two of the three policies which are

Country cannot have all 3 of them, but only 2 is what this model proposed. This principle is frequently called as Impossible Trinity. Currently, if you see Eurozone has chosen Stable Exchange Rates and Free Capital Flows.

“We can combine any two of the three, but never have all three simultaneously and in full.”

I could not finish all aspects of economics though even after part 5. It is a lot to absorb for me and understand for me personally. But I learned a quite a bit in terms of how they all translate to implementation. I still want to learn and write about Game Theory, Supply-Side Economics, Prospect Theory etc. Also read more about Robert Mundell, Daniel Kahneman, James Buchanan, John Nash, Gary Becker, Alfred Marshall.

There is still a lot and I probably covered like 10% of the theories. This will not end but may I will come back and write my Part 6 :)

Share your thoughts to me at sr21077 at outlook dot com