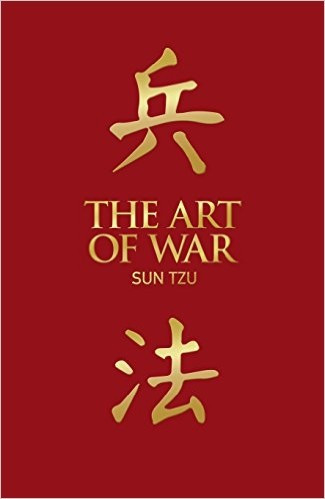 Art of War - a work of 5th century BC by Sun Tzu, having 13 chapters. Every chapter is about warfare strategy and tactics. It explains general’s tactics and has influenced east-asian military warfare. Many generals have drawn inspiration from this book.

More you absorb this book, you can see through the text and you realize the text can be applied to modern leadership even in this industrial age. So my idea with this post is to my interpret and apply to current context of leadership and management of a team.

You may find so many articles and quotes from “Art of War” and you may ask why another one ? Because its my take on it from the source and my personal notes for my future self to refer and ponder.

We all have a leader inside each of us. No one is a born leader. We just need to have the mindset to become one. Leader I mention here is within us and everyone is a leader. So it’s about you and me.

Who is a Leader ?

As Brene Brown defines this,

Leadership is not about titles or the corner office. It’s about the willingness to step up, put yourself out there, and lean into courage. The world is desperate for braver leaders. It’s time for all of us to step up.

Who is a Wise Leader ?

A project can come in various sizes, with varied constraints and present us with challenges. So these challenges for a leader

Leader understands on what conditions and challenges he is operating in before taking up the project. Based on these challenges , he lays his strategy to acheive them. He comes up with plans based on these and presents them with clarity to his higher ups

Leader starts with Roadmap (this responsibility can be different person , like Product Manager). Every team should have one before pursuing the goal.

So a leader should not make a decision (when to include certain features ) based on ego / statisfy himself,but to betterment of project and team as a whole

Moving and implementing a project is high cost affair. It takes up lot of time and effort. So if a leader is reacting to situations, then he is of no use to the organization, he is a dead weight

Why prior Information is important ?

So How to obtain this knowledge ?

So Leader has so many traits. He wears so many hats even without any realizing them. He is aware of his own strengths and weakness and he presents himself with a calm composure. He values his team and together they deliver success.

Reach me at sr21077 [at] outlook [dot] com with feedback and comments. Any good references or suggestions please make sure to send it across.