To know why, we have to start the story from Ashoka and his edicts he installed all over India back then. 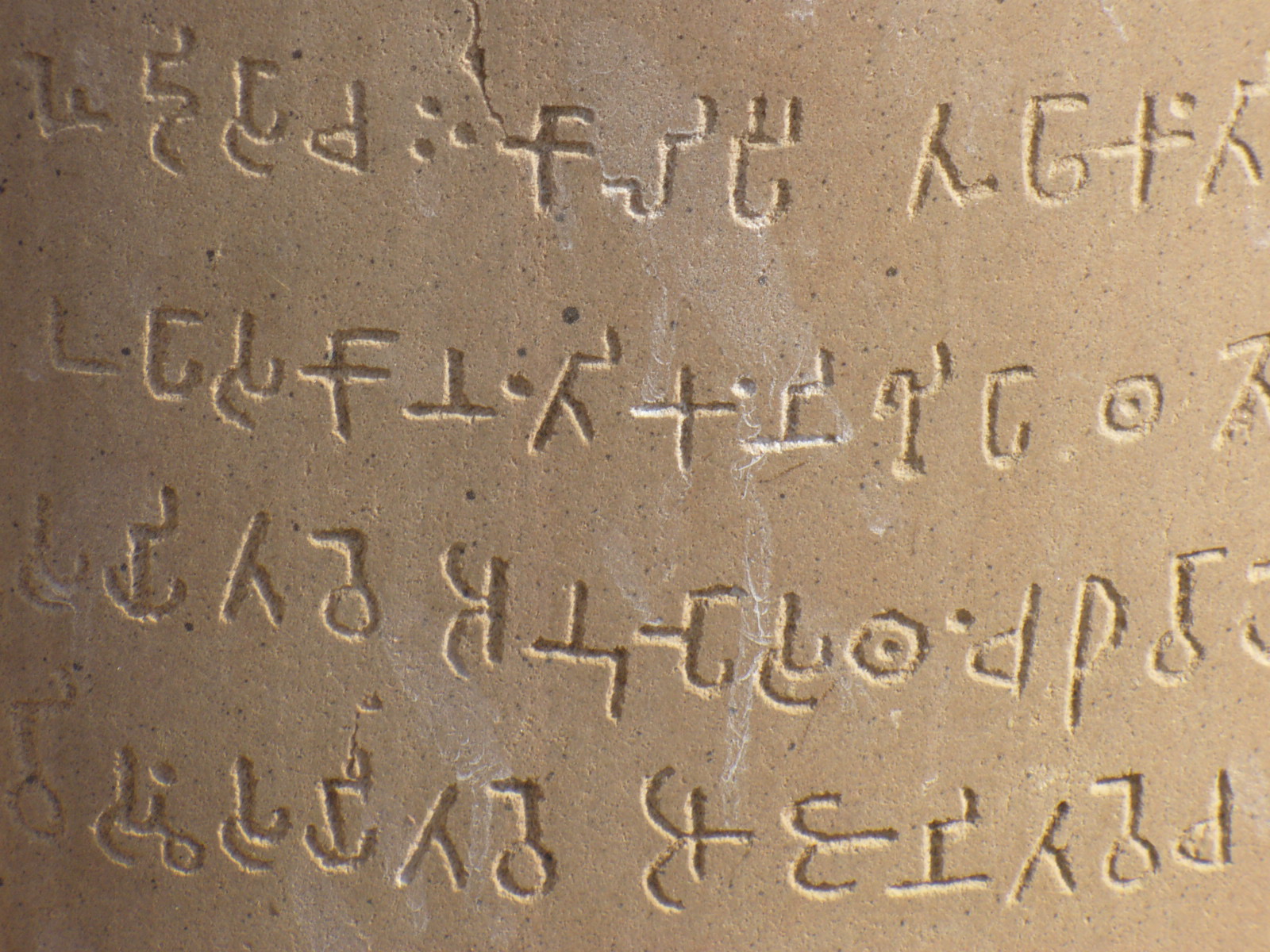 Brahmi script is base for all Indian languages that is in use. Popularly known as Stick Figure script. This is an earliest writing system of South Asia, India after Indus Script. This script is adopted for Sanskrit, Prakrit, Tamil in its own way. The timeline of origin of this script is debated by scholars. But, 3rd king of Mauryan Empire, Ashoka left pillars with inscriptions across the India. Oh yes, he ruled most of the India during 3rd B.C (268 BCE to 232 BCE). These pillars are known as the Edicts of Ashoka or Ashokan Inscriptions. Most of the inscriptions are in Brahmi Script. 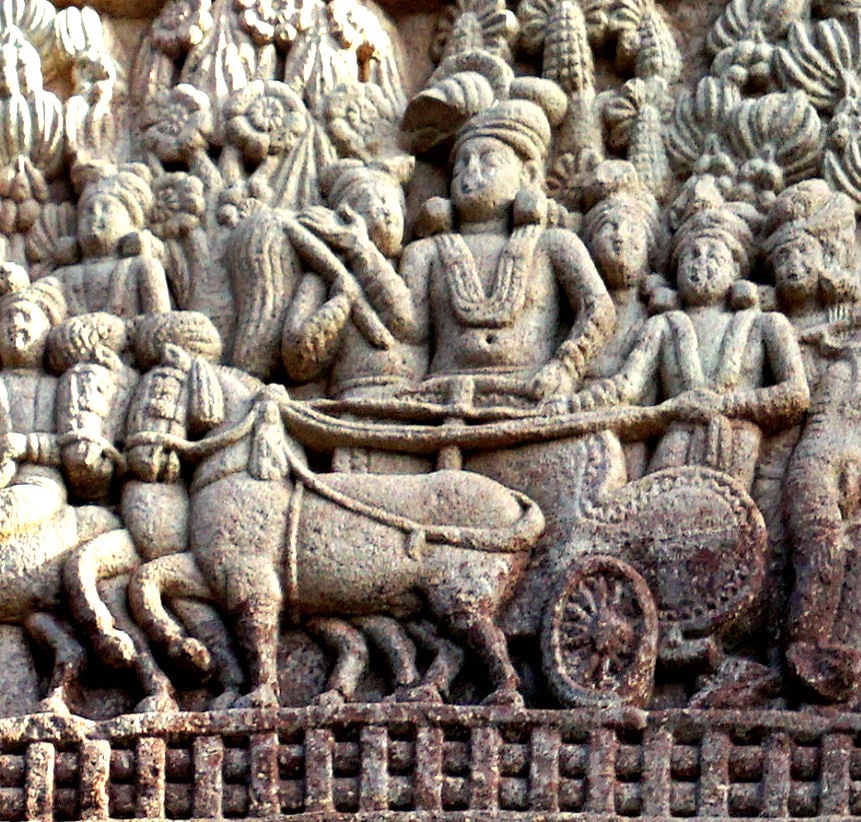 So, size of the population which understood these script came trickling down over a period of time. It is understood that after 4th century A.D, reading this script became extinct. But this got deciphered around 19th century.

So, the story here is, how did this extinct script got deciphered after so many centuries ?.

The edicts were inscribed throughout Ashoka’s realm which included the areas of modern-day Afghanistan, Bangladesh, India, Nepal, and Pakistan and most were written in Brahmi Script. Its a story in itself why Ashoka ended up constructing all these edicts. In short, he essentially seeked redemption after engaging lifelong warfare and bloodshed. This journey led him to Buddhism. This led to changes in his governing policies and so the birth of concept Dhamma - “right behavior”, “good conduct” and “decency toward others”. He expressed his vision in these edicts and placed all across the country.

Deciphering the Brahmi script was tried before by Feroz Shah Tuqlaq and Emperor Akbar tried and failed. Deciphering these old scripts were so important to understand what were written in caves, temples, numerous Ashoka pillar edicts and coins. It might throw light on history and thoughts and possibly heritage and secrets it behold.

Hero of this story is James Prinsep (1799-1840). He was a Englishmen and he moved to India. He was a founding editor for Journal of Asiatic Society of Bengal. But he was originally an architect. He was in Benaras and worked on survey, worked on designing mint buildings etc. when he moved to Calcutta he ended up as editor for Asiatic society journal. He was interested in things of past, especially Indian antiquities.

In his interest in coins, he got appointed as Assay ( one who test metals and ores to check its quality and ingrediants) master in Calcutta Mint. This job got him studying old coins. made him to come across some scripts inscribed in them. He later found the same kind of scripts on Asokan Pillars. He got curious and got into researching about them. 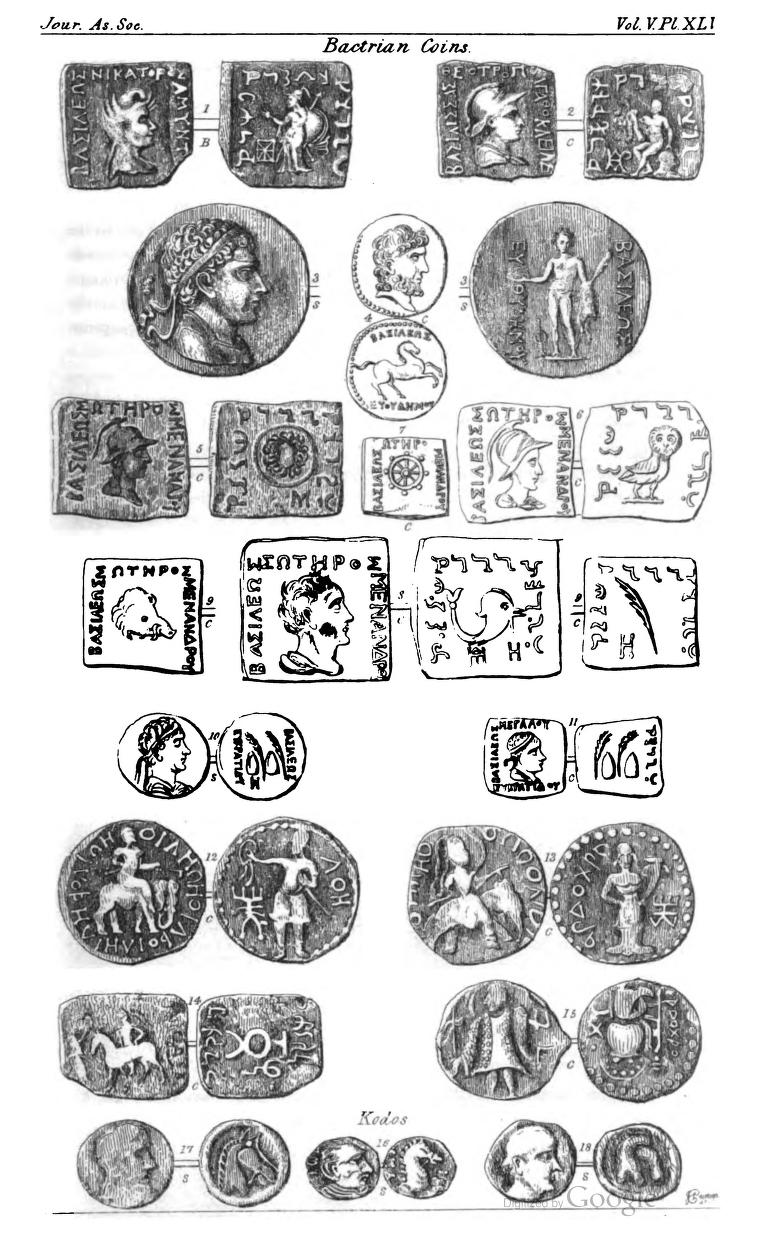 He published papers Vol 1 on his initial approach to decipering. He applied then modern statistical approach to decipher. This was not done before. Given how much less prior work was done and almost none existed, his approach was path breaking.

Richard Solomon in his book Indian Epigraphy a guide writes,

Prinsep made several important steps toward the decipherment of Mauryan Brahmi. First, he noted that “all three inscriptions [i.e., the Delhi, Allahabad, and Mathiah/Lauriya-Nandangarh Asokan pillar inscriptions] are identically the same”, and he identified a recurrent series of fifteen syllables “which may be supposed to be some formula of invocation”

In fact, Prinsep used his statistical method that read

He identified consonants based on resemblance to some Sanskrit letters and their frequent occurrence. He applied his statistical or more of a scientific approach by counting the sanskrit letters and assigning all the identified letters so far a place and value. He was still missing lot of pieces in the puzzle to get all the alphabets of Brahmi.

But, Prinsep published his works in his Journals as part of Asiatic Society of Bengal. This got read by Lassen and he contributed couple more alphabets.

Here Lassen correctly read, by reference to Tibetan and “Pali” (i.e., Brahmi) letter forms, the Brahmi legend on the reverse of a coin of the Indo-Greek king Agathocles as agathukla raja.With this discovery, the partial knowledge of Brahmi was pushed back into the pre-Christian era.

Basically Lassen deciphered some missing letters by using the bilingual coins with Greek Kings from those times. It had Greek alphabets on one side and Brahmi script on the other both representing a Greek King name - Agathocles as Agathula Raja. This bilingual coin presented a easy translation. If you know greek you can read the Brahmi on the reverse of the coin.

This proved to be an important breakthrough for Prinsep. While all this happening, another named J.Stevenson was reading Gupta inscriptions in Allahabad. He found 12 consonants. So with contributions from Lassen and J.Stevenson, Prinsep now partially read some coins of Ksatrapa Rulers of 3rd and 4th centuries. He had errors but he figured conjunct consonants. 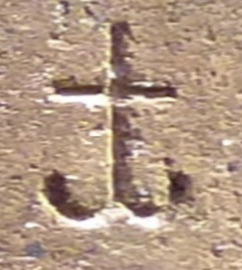 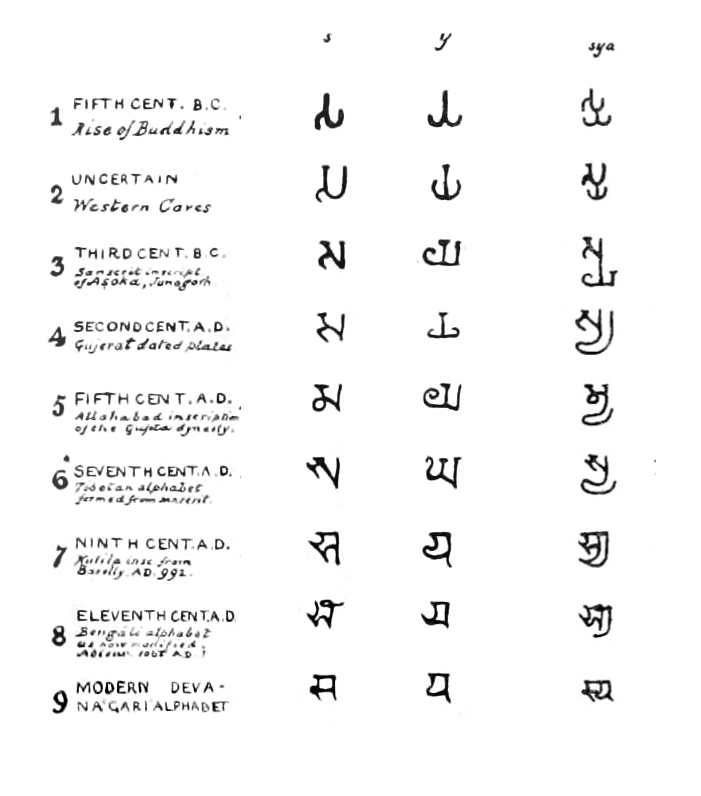 Now possessed with this knowledge he had final 2 alphabets to figure out. He used the knowledge from one of his earlier coin deciphering. He found a word kept repeating in many inscriptions on the pillar. He found that it is a word dåanam. This solved the final piece of the puzzle of 2 alphabets då and n.

Prinsep in his own words while publishing his entire work after full dicipherment.

I was struck at their all terminating with the same two letters, ^1. Coupling this circumstance with their extreme brevity and insulated position, which proved that they could not be fragments of a continuous text, it immediately occurred that they must record either obituary notices, or more probably the offerings and presents of votaries, as is known to be the present custom in the Buddhist temples of Ava\ where numerous dwajas or flag-staffs, images, and small chaityas are crowded within the enclosure, surrounding the chief cupola, each bearing the name of the donor. The next point noted was the frequent occurrence of the letter dj, already set down incontestably as s, before the final word:—now this I had learnt from the Saurashtra coins, deciphered only a day or two before, to be one sign of the genitive case singular, being the ssa of the Pali, or sya of the Sanscrit. “Of so and so the gift,” must then be the form of each brief sentence; and the vowel a and anuswara led to the speedy recognition of the word dåanam, (gift,) teaching me the very two letters, d and n, most different from known forms, and which had foiled me most in my former attempts. Since 1834 also my acquaintance with ancient alphabets had become so familiar that most of the remaining letters in the present examples could be named at once on reinspection. In the course of a few minutes I thus became possessed of the whole alphabet, which I tested by applying it to the inscription on the Delhi column

Why Prinsep work is Interesting ?

This is not much in comparison to Persepolitan deciphering or hieroglyphics of Egypt. But the way he used scientific approaches and colloborating with various people. He requested coins and pictures of edicts from various parts of India and analyzed them. In 5 short years, he deciphered the whole of Old Brahmi script which paved way to know more of Pre christian era of South Asia.

Once the Old Brahmi script got deciphered, many inscriptions across the country was read and translated. It gave whole new perspective to Indian History and many came to know about Gupta empire, Vedic traditions, Sanskrit origins and shone light on lifestyle back then. It also taught more about Buddha and his teachings. Without deciphering Brahmi script, many knowledge would have sunk without a trace.

This is a story of what colloboration, methodical approach, never give up attitude in life and focused approach would result in. Prinsep was so humble he never felt this is a great acheievement or anything. But many scholars know what he has done. He changed the facet of Indian History and gave way to more advancements in Archeology.